There has been substantial evidence to show that a plant-based diet is a great way of ensuring a healthy cardiovascular system as well as in showing improvements and consistency in overall health. A lot of people however, feel as if the transition to a plant-based diet and foregoing the meat products that they have grown to love and enjoy, might be too much of a stretch. This is where plant-based meat substitutes come into the picture.

What Are Plant-based meat substitutes?

Plant-based meat substitutes are alternatives that are offered to vegetarians or to those who would like to transition to a primarily plant-based diet. These meat substitutes, also called mock meat, are usually made up of tofu, wheat gluten, vegetable, or a combination of all these meat alternatives. The intention of meat substitutes is not just to mimic the texture and possible flavor of meat, it also intends to provide more nutritional value to an otherwise mostly protein-rich meal if it were to be had with regular meat products.

These meat substitutes are vegetarian-friendly and may contain contain eggs and/or traces of dairy which is why it is highly encouraged for those who follow a vegan diet to check food labels to make sure that the meat substitute that they use are free of eggs and dairy products. These meat substitutes are often purchased ready-made and ready-to-cook, and they come in a variety of shapes and flavors to match the needs of the customer, and because of their versatility how closely these products can resemble the texture and flavor of meat, it has become so much easier to use them in dishes that traditionally call for pork, fish, poultry, or even beef. 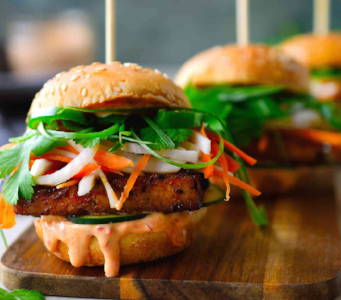 Which Plant-based Food Items Can Be Considered as a Meat Substitute?

While eating vegetables raw is ideal because of the nutritional value that may be lost in the process of cooking, having them in another way does not mean that they don’t deliver any nutrition anymore. These meat substitutes still has dietary fiber, vitamins, and minerals that it can impart to the dish other than its meat-like flavor. 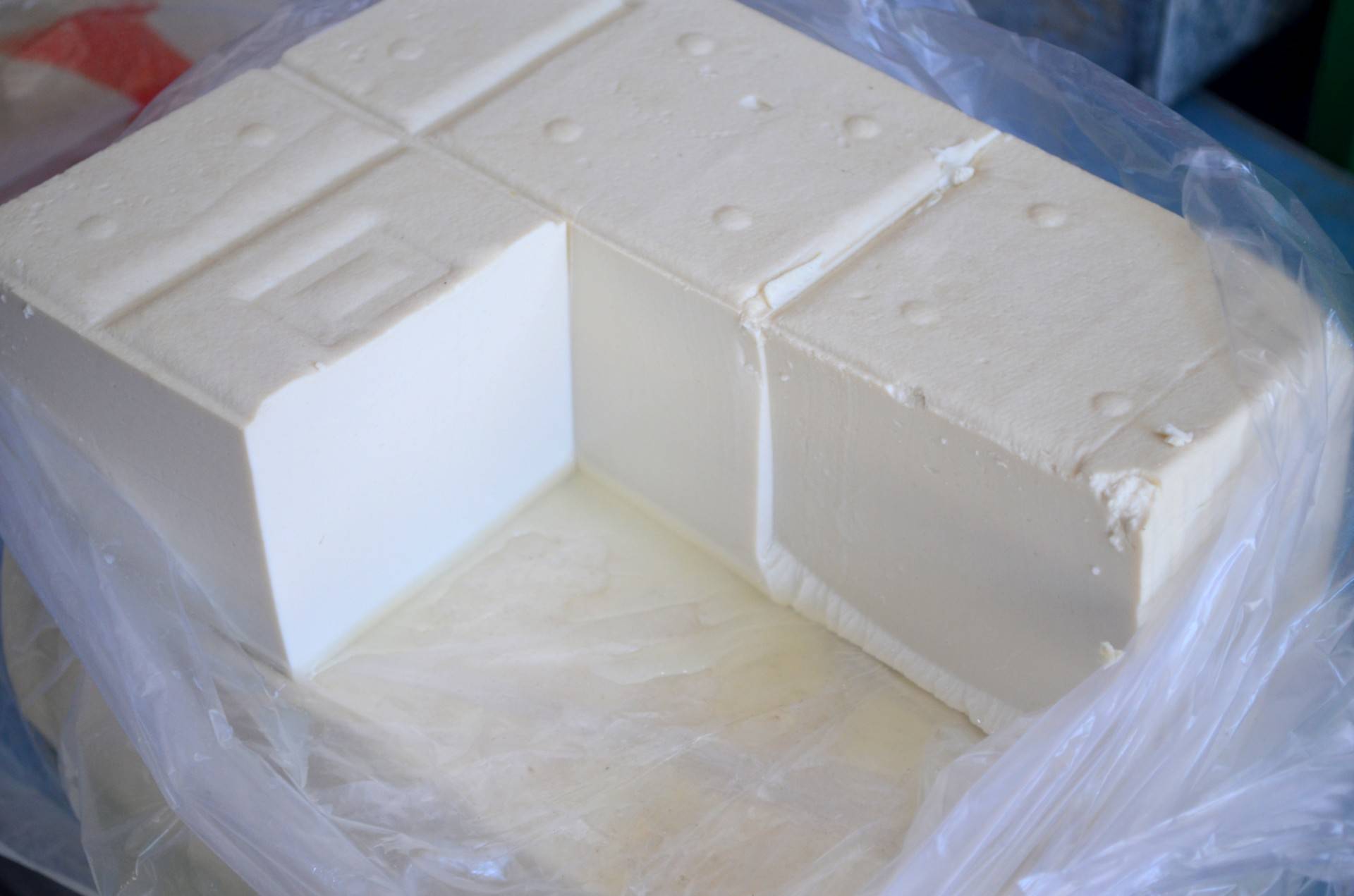 Tofu is a well-known substitute for meat in Asian dishes. 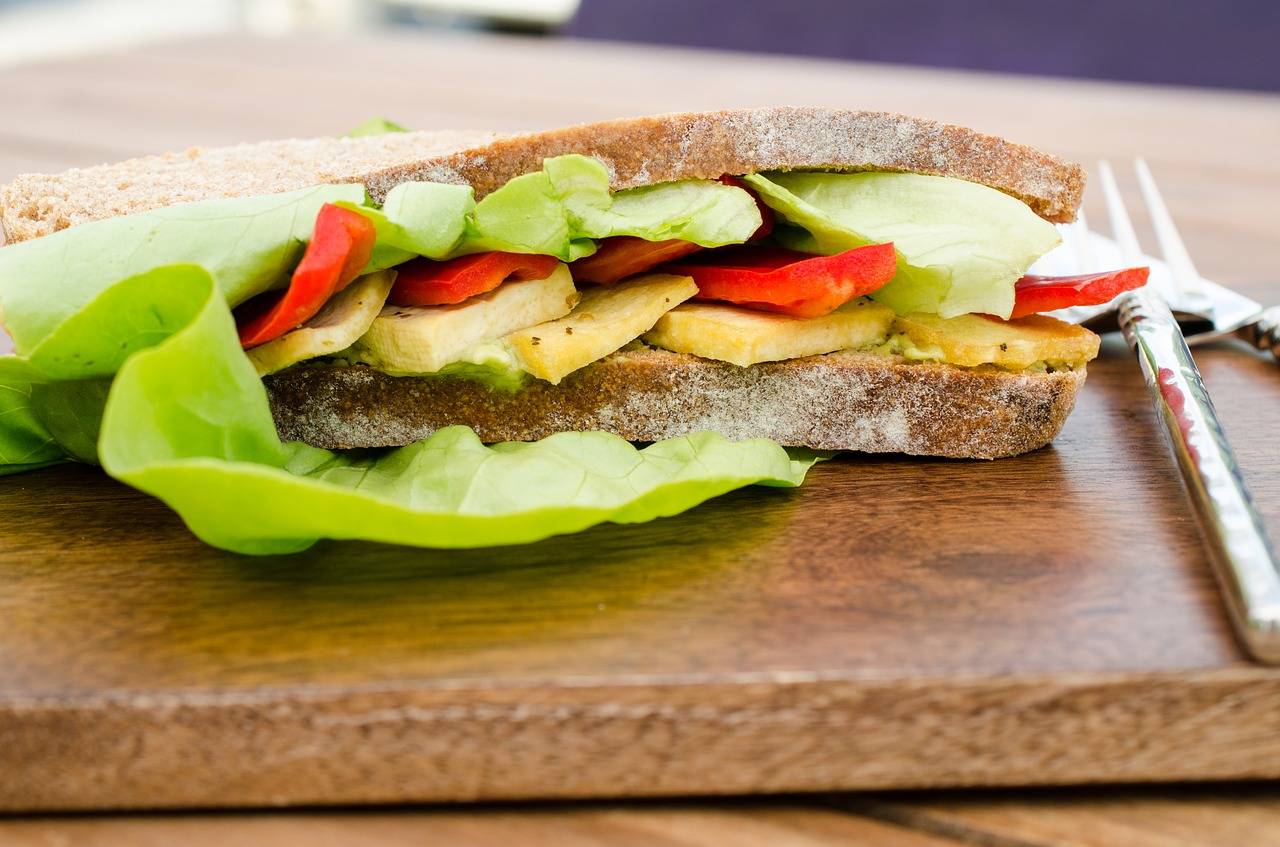 The delicate flavor of tofu lends itself well to many dishes.

Tofu is made from soybeans. Both the firm and silken tofu make are great alternatives to chicken, fish, and pork dishes because it is incredibly versatile and lends well to any dish. You can include this popular meat alternative in stews or in soup. You can also grill tofu, turn them into tofu nuggets, or add them to an all vegetable dish to give add some meat in them. The great thing about tofu is because its flavor is so delicate, you can actually flavor it any which way you want and it will always come out extremely good.

Tempeh is another soy-based meat substitute that’s known for its flaky texture and nutty flavor. The big difference between tempeh and tofu is their flavor because tempeh has a denser and nuttier flavor compared to tofu’s mild flavor and smoother texture. Tempeh is a great source of protein much like any other soy-based product, and has also shown to have a significant effect on raising the good cholesterol levels of the body. This meat substitute goes well with almost any savory dish, if not all of them. Its unique formulation allows it to absorb flavor really well which makes it a great substitute for meat in dishes like chili, burgers, barbecues, or in stir fries. Tempeh has high levels of riboflavin, manganese, and magnesium and is low on sodium. Because it is a fermented food, it also contains probiotics which helps promote a healthier digestive system.

Seitanis a meat substitute that is derived from wheat gluten. Probably because gluten is a type of protein, this meat substitute is the closest to the texture of meat and has been used in a variety of ways because of how similar it is to meat. Seitan can replace meat in almost any dish because it can mimic the texture of meat and can be mistaken for meat if seasoned properly. It is popularly used in Asian cuisines especially for those who follow a religion that prohibits the consumption of meat such as Buddhism. Seitan also has a high level of protein and has low sodium levels, and it has been suggested as an alternative to meat for those who suffer from hypertension. 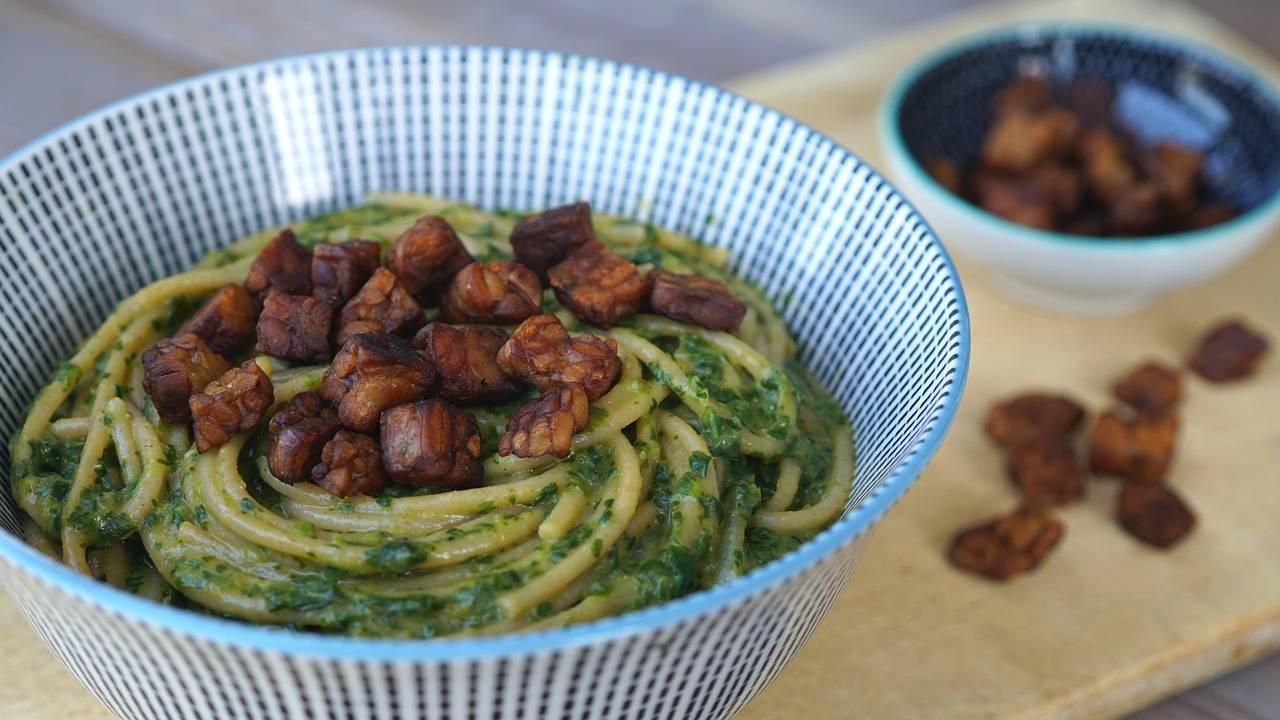 Tempeh is a great meat substitute that has a nuttier flavor than tofu. 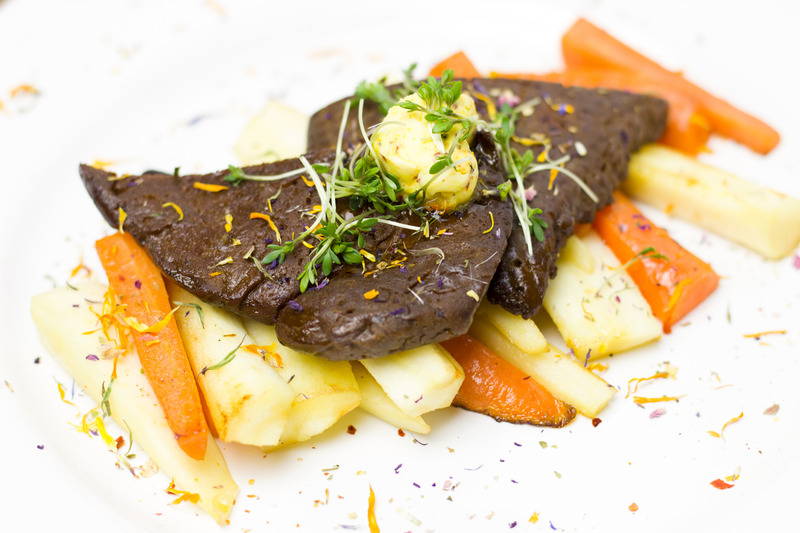 Seitan is a meat substitute dervied from wheat gluten.

Jackfruit is a great meat substitute if you buy the unripened fruit. While the ripened jackfruit has a sweet flavor to it, the unripened jackfruit actually has a texture similar to meat and it lends itself well to savory dishes. You can cook this fruit as a meat dish all on its own such as cooking it in coconut milk, or adding it to dishes that are traditionally cooked with meat such as pulled pork sandwiches. The unripened fruit has a mild flavor that is truly enjoyable and surprisingly meaty. Jackfruit is a good source of iron which helps fight anemia, and it also has a good amount of protein and micronutrients which makes it not only delicious but also incredibly healthy.

Eggplantsare a great meat substitute that offers an earthy yet soft-textured flavor to dishes that they are used in. They work well in pasta dishes such as eggplant parmigiana and are also a great alternative for regular meat in burgers or sandwiches. Eggplants can be sliced or minced before being added to traditionally meaty dishes and the outcome will be just as delicious however way you do it. This vegetable contains fiber, Vitamin B6, and potassium which are known to aid in reducing the risks of heart diseases. Eggplants also contain anthocyanins and chlorogenic acid which are powerful antioxidants against inflammation and oxidative stress.

Mushrooms can also serve as a great alternative to meat because of its texture and its overall flavor. Portobello mushrooms, and even minced button mushrooms, make for great burger patties that are vegan and absolutely delicious. The earthy flavor of mushrooms actually adds to its appeal when used in traditionally meaty dishes, and they are definitely a lot healthier and heart friendly. Mushrooms are known to be low in calories yet packed with nutrients such as selenium, Vitamin D, potassium, and copper, and is considered to be a great source of fiber and protein. 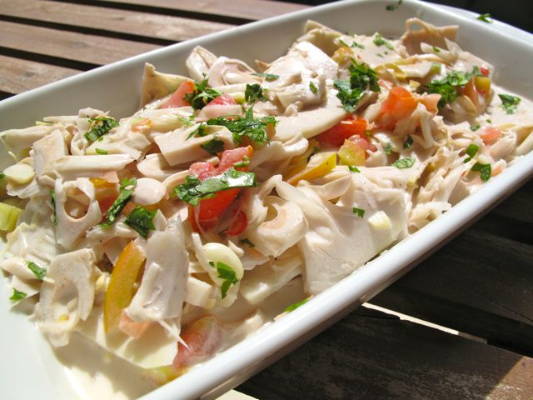 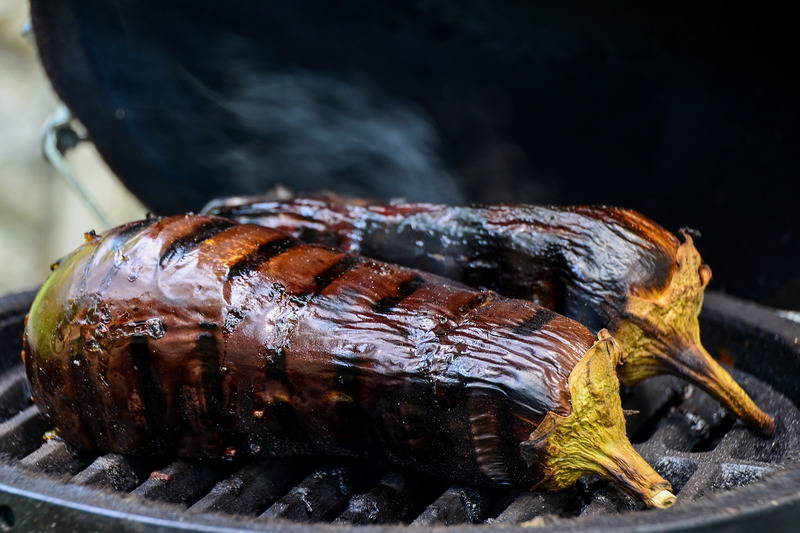 Eggplants have a nutty, earthy flavor that goes well with traditional meat dishes. 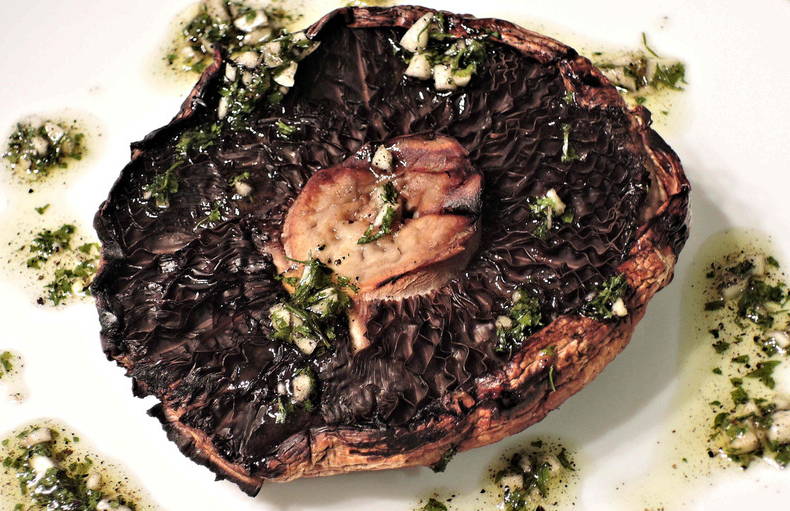 Mushrooms have a meaty texture and robust flavor that makes it a delicious meat substitute.

It is worth noting that going for plant-based substitutes are best done when you buy organic products. This is to avoid products that have been exposed to chemicals and fertilizers that may have adverse effect on your health. Products that are made using organic ingredients are also more nutrient dense than their non-organic counterparts which makes them the truly healthy option. Since a lot of meat substitutes use soy as its primary ingredient, it is all the more recommended to go for non-GMO and organic products because genetically modified soy may cause allergic reactions and may cause some cellular damage.

Going for plant-based meat substitutes is a great way of incorporating more dietary fiber in your diet without skimping in on the protein or the usual taste of meat that you would expect from savory dishes. Studies have shown that a diet that is primarily made up of vegetables, fruits, and the like have the capability of reducing heart disease by as much as 40%, and in helping the arteries in opening up again even though it has been fully or partially blocked by plaques that have developed over time. 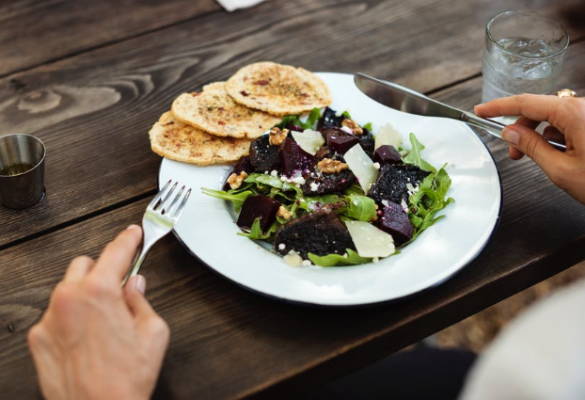 Eating healthy is a choice and a lifestyle.

Making the decision to go for a healthier alternative not only supports a sustainable food industry, it also promotes better health. When you are able to take care not just of your body but also of the planet where you live in, it makes your dining experience a lot more enjoyable. The availability of these plant-based meat substitutes is a great way of transitioning towards a diet that’s more centered on vegetables, fruits, and crops. The possibilities of what you can do with these meat alternatives are endless and the benefits that you can get from switching to this alternative seem to be just as limitless.