Taking on a new eating pattern is always a challenge, but going on a stringent diet that requires discipline and a keen observation of what you eat is on a whole new level. If you’re ready to take on a diet plan that requires a strict observance of rules and you’re looking to try a new way of eating healthy, then the macrobiotic diet might just be for you.

What Is The Macrobiotic Diet?

The macrobiotic diet is a diet that emphasizes on the consumption of grains, cereals, vegetables, fish, soy, and legumes in order to have what the diet considers to be a healthy. The diet also requires that you include some meditation in your lifestyle and to live life on a slower pace than you normally would. Eating a diet that consists of organic food is also very important in the diet as well as the use of specific tools in cooking your food such as the use of wooden, stainless steel, and glass cooking apparatus and utensils because they consider these to be the best way of showing respect for the food.

The macrobiotic diet incorporates elements of buddhism in it as it considers food to be sacred and one that should not be rushed whether in preparing the food or in the consumption of it. The diet intends to cultivate a calm and balance way of living that begins with food and moves into the rest of the way that you live your daily life. The diet encourages you to avoid artificial and/or chemically-laden products not only those relating to food but also extends to encompass personal hygiene products and things used around the home. 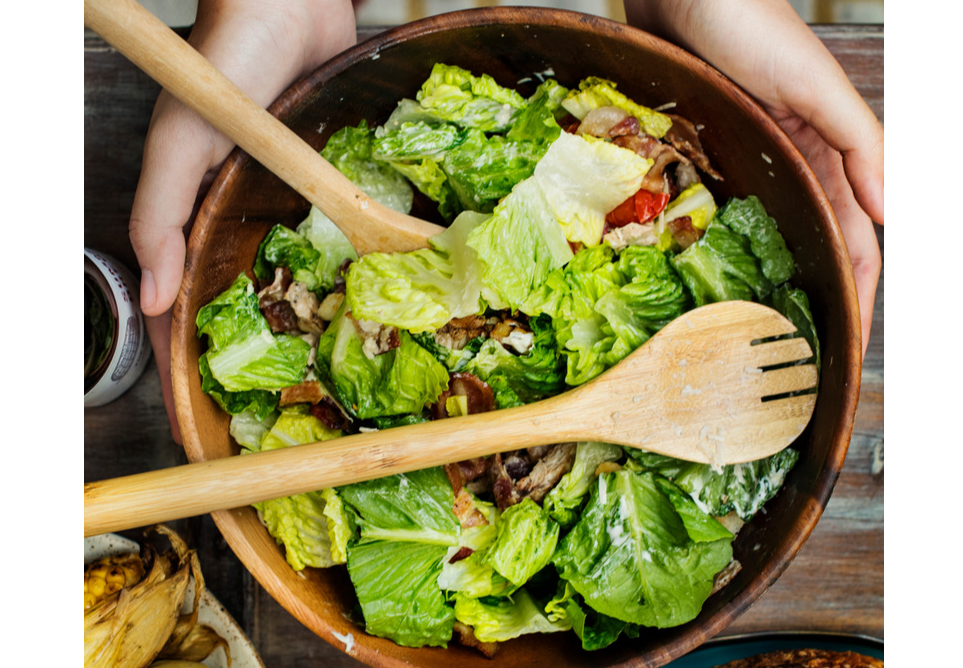 Not all food are welcome in the macrobiotic diet

The diet is considered to be a wellness diet that helps in alleviating symptoms related to chronic diseases such as diabetes, heart disease, obesity, and certain types of cancer. It is also a diet that a lot of those looking to eat whole foods in a healthier and more holistic manner consider because of its treatment of food and the choice of food that is included in the diet. It also asks that the person who eats the food feel gratitude towards the food that s/he eats, and to relish in the process of eating and not hurrying to finish a meal just as it has started.

Food That You Can Eat On This Diet

The diet is known to be a low-fat, high-fiber diet because of the food items that are part of the diet. It is mostly a vegetarian diet and is focused on getting most of the protein and other vitamins and nutrients that the body requires.

Grains and cereals make up half of the diet. Bulgur wheat, buckwheat, wild rice, and quinoa are welcome to be a part of the diet on a daily basis. Bread and pasta are also allowed in the diet provided that they are whole wheat, not highly processed or commercialized, and are eaten in smaller quantities. Using rice for most of the dishes and cooking them well using accepted cookware is an important part of the macrobiotic diet. 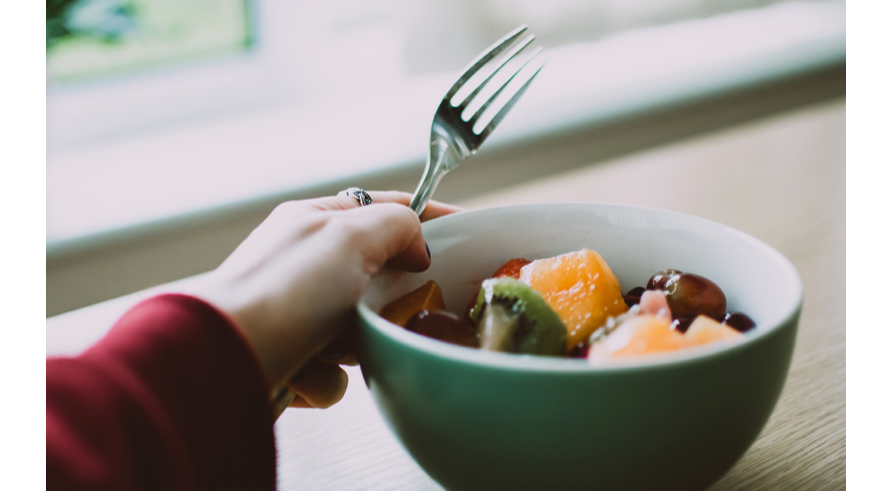 Vegetables are also limited to seasonal vegetables and must comprise a third of the daily food intake of a macrobiotic diet practitioner. Vegetables that are highly encouraged to be a part of the daily diet includes kale, broccoli, bokchoy, onions, cabbage, radish, and parsley, and may be enjoyed using condiments such as pickles, sea salt, and soy-based products, and vegetable oil. Beans are also encouraged to be a part of the diet as well, and can be prepared with the other vegetables through cooking a stew, porridge, or by steaming the produce.

Fish may be consumed occasionally and it is required that these be organic in order for them to be accepted into the stringent rules of the diet. Other meat products such as poultry, beef, and dairy, should be consumed sparingly, if not at all.

Food To Avoid While On The Macrobiotic Diet

Pork is a definite no-no for the diet, as well as food that are chemically-laden, highly-processed, and high in sugar content. White rice and flour are unwelcome to the diet because it is already considered to have been stripped of any nutritional content and might even be considered as simply empty carbohydrates. Caffeinated drinks such as coffee, alcoholic beverages, and sodas are also not allowed in the diet because it brings no value that supports the holistic and gentle way of life that the diet promotes.

Spicy food is also not something the diet welcomes, as well as tropical fruits like bananas, pineapples, and mangoes. Vegetables such as zucchini, tomatoes, eggplants, and seasonings such as garlic and oregano are also best avoided when following the diet. The avoidance of certain food items are mostly to avoid altering the climate in the gut and those which may trigger allergic reactions in the body.

Some Possible Drawbacks Of The Diet

The diet is highly restrictive and there are arguments on the possibility of malnutrition from strictly following the diet. It is also a diet that encourages that a person opt to not use electricity when preparing one’s food and to use only naturally-occurring cookware and utensils in the preparation, cooking, and consumption of the food.

The diet is also known to have high sodium content as it mostly relies on pickled products, soy-based products, and salt to add flavor to the dishes. Because meat is also heavily restricted in the diet, it is also contended that the diet may cause an incredibly noticeable decrease in protein intake, as well as a deficiency in vitamin B12, iron, calcium, and magnesium. The food may also cause an unintended weight gain because of calorie deficiency since most of the food items are low in calories.

Because the use of vitamin and nutritional supplements is also frowned upon by the diet, it will be difficult to meet the nutritional requirements of the body if the diet plan is not planned well. Since plant-based diets are already becoming more and more popular, the information on the food products that are admissible to the diet has increased as well. Knowing the nutritional benefits of food and planning your meals well are crucial in making sure that not only are you following the diet well, but that you are also able to meet all of your body’s needs despite the considerably restrictive nature of the diet. 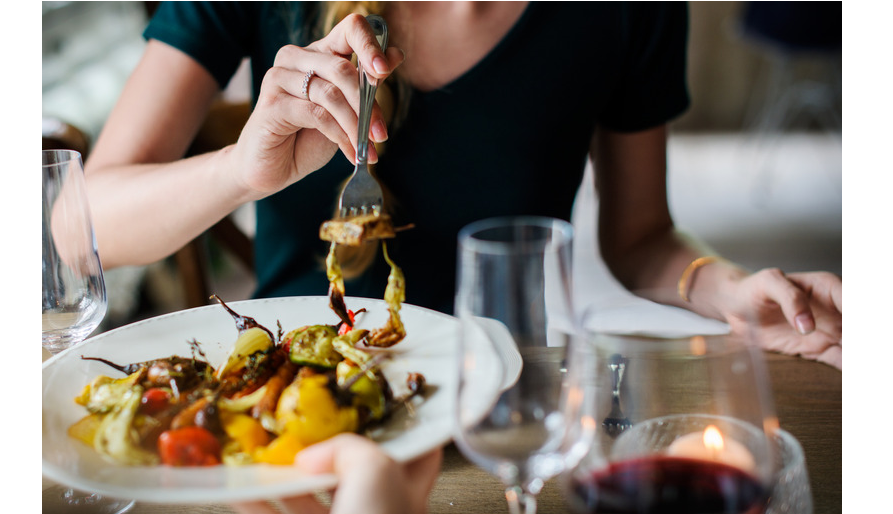 It is also worth noting that the diet is not a cure for the chronic diseases that it is usually one of the main reasons why people switch to this diet. While the diet may possibly decrease symptoms and help reduce the risks and serve as a preventive measure for these diseases, it should not be considered as a treatment method once these diseases have been diagnosed.

If you’re up for the challenge that the macrobiotic poses and are interested in seeing for yourself the health benefits attached to eating a primarily vegetarian diet and a lifestyle that is focused on slowing down and taking your time to get things done, then the macrobiotic diet might just be for you. While the diet may seem restrictive in nature, the intent is great and it is an encouraging way of seeing food not just as a source of energy and nutrition, but as a blessing in and of itself.

As with any diet plan, it takes careful preparation, planning, and a committed state of mind in order to see the desired effects that is said to result from the changes that you have made. So take heart, breathe in, and tread on to the path laid out for you by the macrobiotic diet.