People love having them in their burgers, on their stir frys, and in their mixed vegetables dishes. Filled with umami flavor and a soft tender texture, this delicately flavored food is thoroughly enjoyed by people without knowing just how good they actually are. As 2018 is about to come to a close, we’re looking at this highly talked about food item that comes in different sizes and flavors: Mushrooms.

Mushrooms caught the eye of many who are looking for ways to enrich their healthy lifestyle. While mushrooms have always been a staple in a lot of savory dishes because of their distinct flavor and the umami goodness, or that sensory tickle that you get from rich and flavorful food, mushrooms are in fact packed with nutrients that have been overlooked for so long. For the longest time mushrooms are seen as an ingredient to make dishes taste better but the health benefits that these edible fungi carry with them are very rarely highlighted. Not in 2018.

Mushrooms have been found to contain antioxidants and some prebiotic strains that not only helps in keeping the body healthy, it induces the body to stay healthy. They also contain a plethora of vitamins and minerals that are essential to the body and which can be derived from these fungi however way you prefer to have them. Mushrooms are low in calories but are incredibly nutrient dense which makes them a great candidate for the superfood category. The prebiotic strains found in mushrooms are necessary in feeding the bacteria present in the gut to make them healthy and to help them thrive. 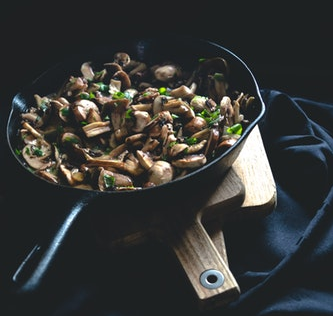 Mushrooms have a wonderful flavor and comes packed with a wide range of health benefits.

Some cultures have always found the health benefits and medicinal effects of mushrooms to be a welcome source of immune system boosters for the body. Now that more of the world have become aware of how beneficial it is to include them in their diet, mushrooms are starting to cement their place not just at the dinner table but in snacks and in beverages as well. Their versatility and their flavor are slowly becoming a part of many different food items that want to enjoy the health benefits that the wide variety of mushrooms have to offer.

There are many kinds of mushrooms available in the market, some may be more widely available than others. Nonetheless, these small fungi are a delight to the taste buds and a wonderful nutritional addition to any dish.

White Button Mushroom - the most commonly used mushrooms in dishes around the world. It’s available year-round in grocery stores and in farmers’ markets, and can be bought canned or fresh. White button mushrooms have no fat, very few calories, and is cholesterol-free. Button mushrooms have been found to be good for the heart because it can reduce inflammation of the arterial cells that can harden and cause atherosclerosis. The polysaccharide content of mushrooms are also known to help in boosting the immune system and it may even help in reducing the risks of breast cancer from developing. 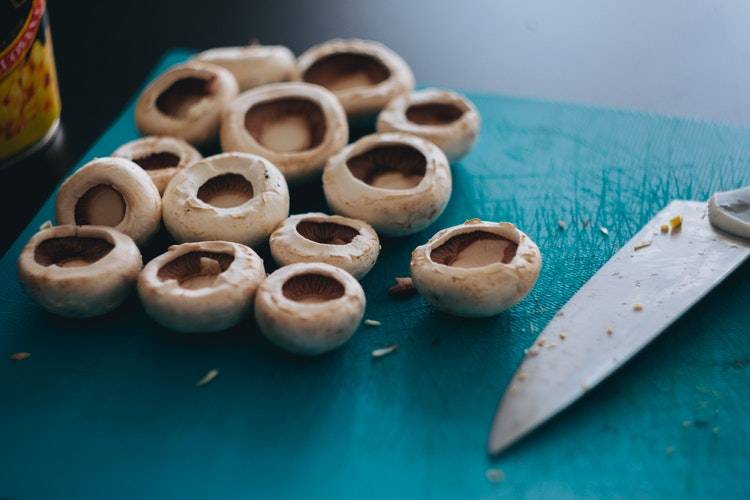 White button mushrooms are one of the most widely available mushrooms in groceries and supermarkets. 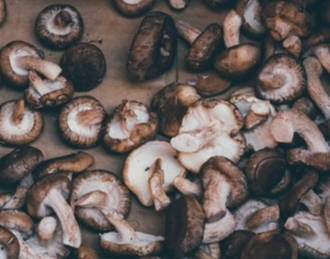 Shiitake mushrooms make broths taste richer as it lends an earthy flavor to the soup. 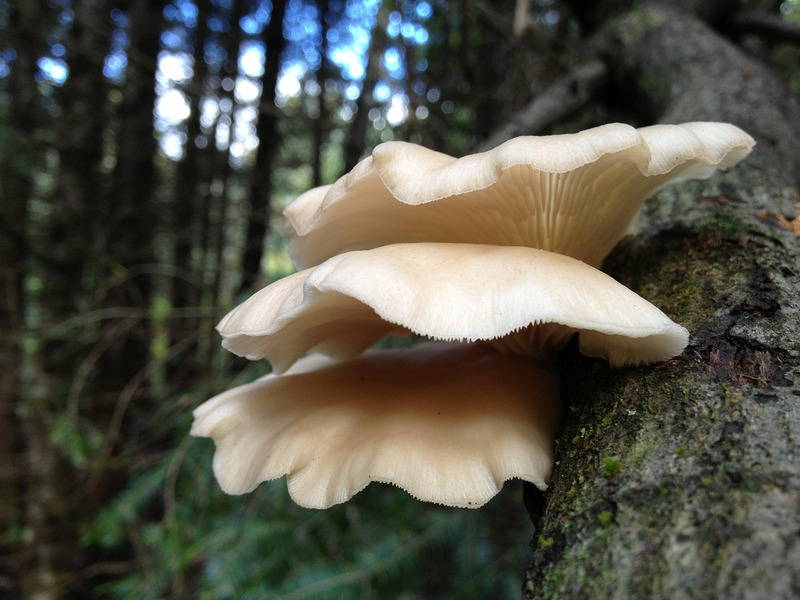 Oyster mushrooms are delicately flavored and gives a distinct meatiness to any dish.

Shiitake Mushroom - an incredibly earthy-flavored mushroom that goes well in broths and in salad dishes. It is easy enough to rehydrate dried shiitake mushrooms and add them to a variety of dishes like stir fry, noodle soups, and asian salads. Shiitake mushrooms are low in calories yet are incredibly nutrient dense, containing a high level of copper and Vitamin B5 per per 15 gram serving. These mushrooms also contain the same amino acids as meat and it also contains polysaccharides and lipid which are known to help in boosting the immune system and in possibly fighting certain types of cancer. Adding these mushrooms in broths or in tea have been found to be powerful in fighting of bacterial and viral infections.

Oyster Mushroom - a delicately-flavored fungi that can be enjoyed on its own with cheese or sauteed with garlic and onions. A cup of this mushroom contains 2 grams of fiber, 3 grams of protein, and contains vitamins and minerals such as riboflavin, niacin, iron, vitamin B6, and folate. As with other mushrooms, it is high in ergothioneine which is known to lower systemic inflammation and is an antioxidant that helps in fighting free radicals. Oyster mushrooms are also known to reduce blood pressure and lower cholesterol which has a huge impact on your cardiovascular health.

Reishi Mushroom - a common ingredient found in Eastern medicine because it contains triterpenoids, polysaccharides, and peptidoglycans which help in stimulating the immune system. This mushroom can increase the activity of a specific white blood cell known as the natural killer cells that can help fight infections and even cancer cells in the body. It has also been found to help alleviate symptoms of fatigue and depression, and helps in reducing anxiety. These mushrooms are also known to aid in lowering levels of bad cholesterol in the body and in reducing blood sugar.

Porcini Mushroom - a good addition to any savory dish and makes for a great meat replacement in vegan and vegetarian meals. It is loaded with iron, fiber, and antioxidants which is the reason why it is thought to be incredibly effective in boosting the immune system. This mushroom is a great source of protein and is low in calories making it a good option for those looking to lose weight because these mushrooms can help in making you feel fuller, longer, and with all the nutritional benefits. The high fiber content of this mushroom also helps in keeping the digestive system in running smoothly, and prevents constipation. These mushrooms are known to also help in fighting cancer cells just like other mushrooms but it works specifically well in fighting colon cancer cells. 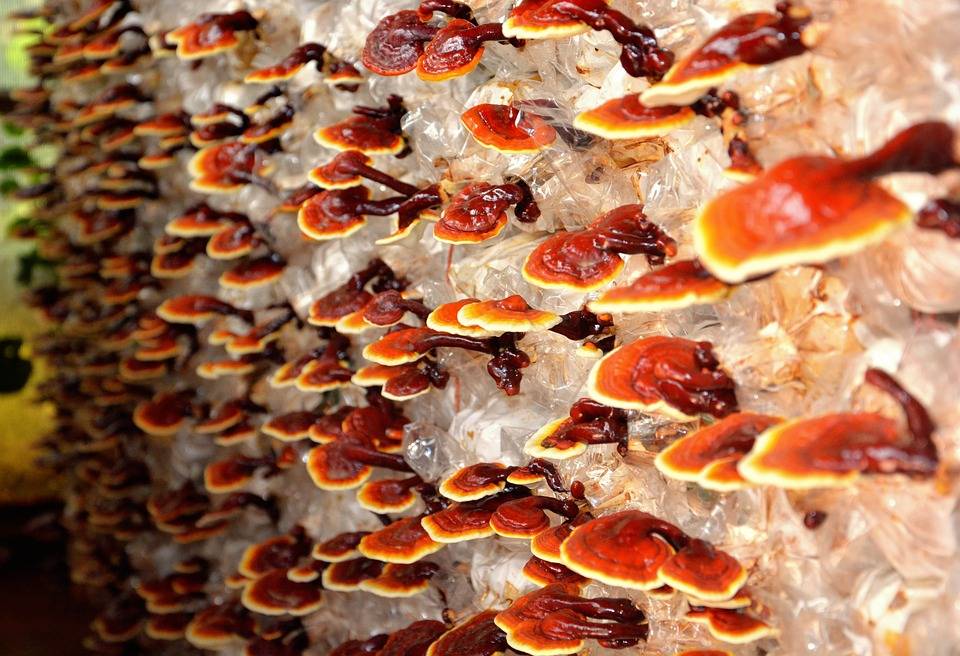 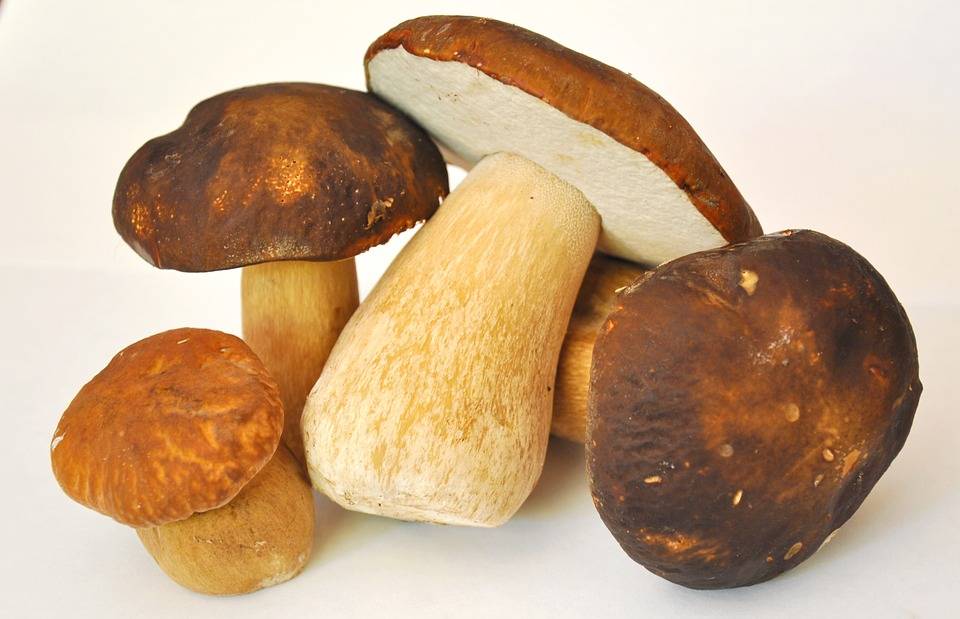 Porcini mushrooms serve as a great meat substitute for vegan and vegetarian dishes. 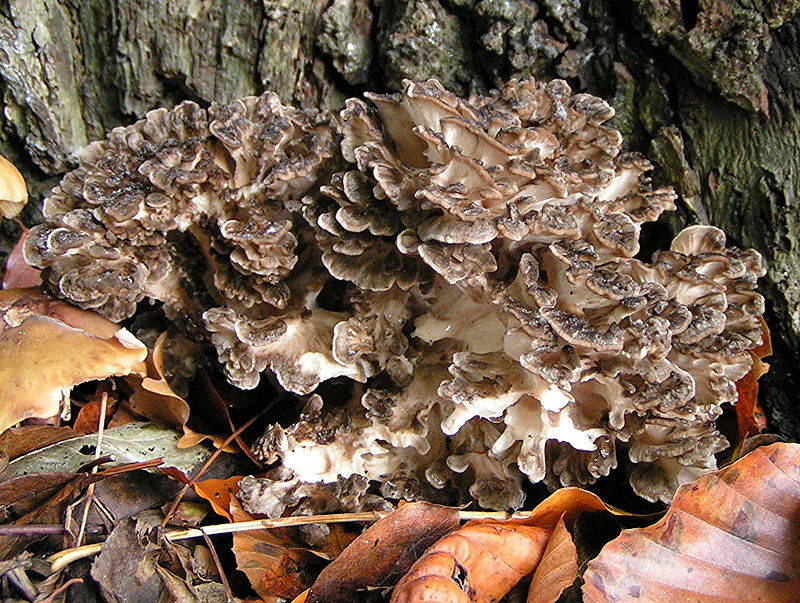 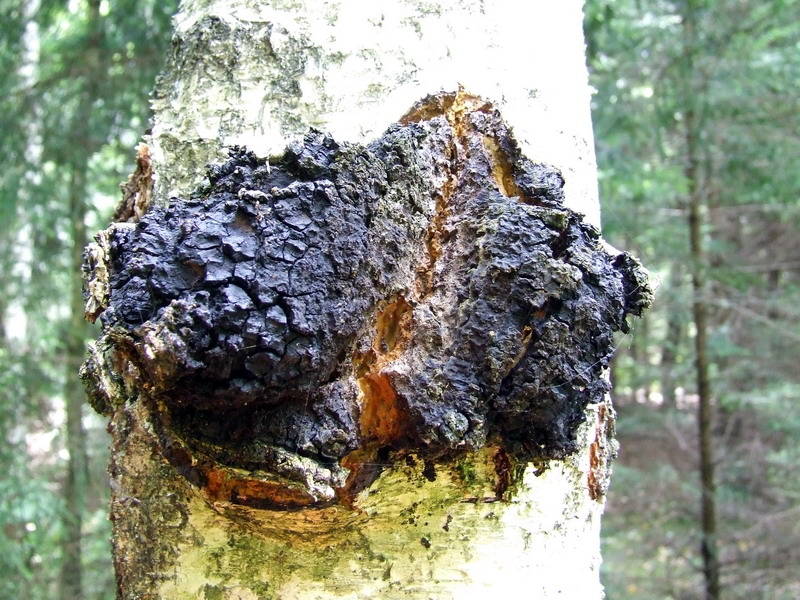 Chaga mushrooms look similar to clumps of dirt and are usually added to make coffee or tea. (Image Source: wikipedia.com)

Maitake Mushroom - an earthy and flavorful mushroom that lends itself well in savory dishes. This mushroom fondly called hen of the woods has incredible nutritional benefits that can help in preventing and fighting cancer, in lowering cholesterol levels, and in managing blood sugar in the body. It contains high levels of antioxidants, minerals, amino acids, potassium, and beta-glucan which is a soluble dietary fiber. Maitake mushroom is a type of adaptogen which helps in keeping the body balanced both physically and mentally.

Chaga Mushroom - resembles a dark clump of dirt more than it does a typical mushroom because of its thick and dark appearance, and is differentiated by its orange tissue. This mushroom is typically made into tea or is added into coffee, and is considered to be a great source of nutrients and is even widely considered as a superfood. This mushroom is high in antioxidants which helps in fighting oxidative free radicals and slows down aging. This mushroom is also helpful in regulating the body’s cytokines which is essential in alerting the immune system of possible infections or toxic substances that may have entered the body. Chaga mushrooms are also found to be effective in reducing the side effects of drugs and treatments from chemotherapy, radiation, and the like.

Mushrooms are a great addition to a lot of dishes and can be enjoyed in a variety of ways. They can be reduced into powdered form and enjoyed in tea or coffee, or taken in as supplements. Because these mushrooms offer a wide array of nutritional benefits, the recognition that it gets in western medicine is slowly growing even though it has been widely used in the eastern culture as a form of homeopathic remedy for illnesses. 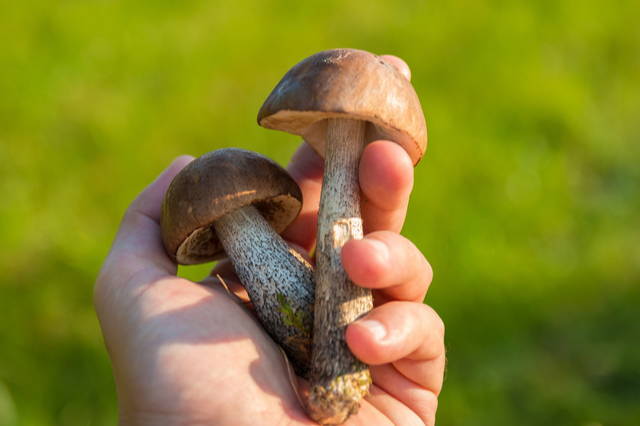 Mushrooms can be enjoyed in many different ways and they also serve great nutritional value each time.

While these mushrooms help in keeping the immune system healthy and in supporting other functions of the body, it is still best to enjoy them simply for their nutritional benefits and not as a medicine that you can take without a doctor’s prescription. The preventive properties of these mushrooms are a welcome reprieve from the usual medicine that we take for illnesses but they should not be considered as a means to cure them per se.

So enjoy these mushrooms and their unique flavors, and relish the nutritional benefits that it gives whether on its own, as an addition to a dish, in your drink, or as a supplement. These small fungi has a lot to offer and the quest to find out just how much they can share with us is just beginning.